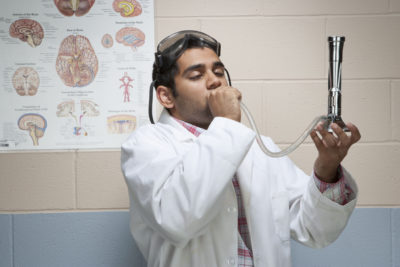 Julio Cesar Chavez Jr. has received a temporary suspension from the Nevada State Athletic Commission. This suspension is the result of a positive marijuana test that Chavez had concerning the September 15 fight against Sergio Martinez. There is a meeting scheduled so that Chavez can present his side of the dispute and the Nevada attorney general can present the case for the state. According to Commission Executive Director Keith Kizer “Mr. Chavez’s license is suspended, but there is no finding of fact on the merits of the case. He had a license to fight in Nevada and we suspended it pending a hearing. Chavez had no objection to it. He wasn’t going to fight again this year anyway.”

Keith Kizer went on to say “I spoke to (Top Rank promoter) Bob (Arum) and he said he will advise Mr. Chavez to have his hearing at the next meeting. But that is up to Julio and his attorneys. We’re ready to go now, but if they feel they need more time, fine with us. I spoke with the promoter and attorney last week and there was no problem with what he did (on Tuesday). They understood the formality of it all. That’s all it is.” Most people would not consider marijuana a performance enhancing drug, in fact the opposite is probably true. Since Chavez does not plan to fight again soon substance abuse treatment would not interrupt his training schedule, so maybe now is the best time to get help for his marijuana use.

Do You Wait Until the Last Minute to do Holiday Shopping?
Prescription Drug Abuse In America Versus Monitoring That Poses Privacy Risks
Common Mental Disorders That May Contribute To Substance Abuse!