Mania Is A Serious Mental Disorder

Do You Have It And Can It Be Treated? 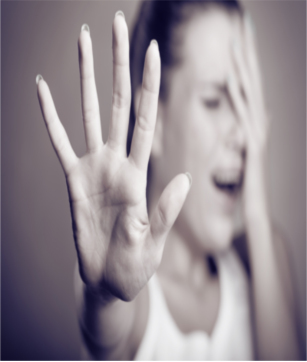 Mania is most often associated with Bipolar Disorder, but this mental disorder can occur alone as well. If you suffer from mania then you will have prolonged time periods where your mood and energy are at high levels. You may not be sleeping as much yet you do not seem to get tired. In some cases mania can cause serious legal, medical, or financial problems that can be devastating, and in extremely severe cases this condition may lead to death if left untreated.

What Is The Difference Between Mania And Bipolar Disorder?

Mania is not the same condition as Bipolar Disorder, even though someone who is bipolar may experience episodes of mania. With Bipolar Disorder the individual will experience extreme mood swings, alternating between being manic and being depressed. The highs and lows are exaggerated, and episodes of mania and depression can be as short as a few minutes or as long as many months. Someone who has been diagnosed with mania will experience the emotional and energetic highs without the lows of depression.

What Are Common Mania Symptoms?

Recognizing the mania symptoms is the first step to determining whether treatment is needed. Some of the more common symptoms that may be seen or experienced with this disorder include:

Mania can be a very dangerous mental disorder. The lack of good judgment and the inability to focus are just a few of the components that can cause a dangerous situation to occur. If you suffer from mania you may try to self medicate in order to come down some, and this may include using drugs or alcohol. During a manic episode you could be injured or killed due to risk taking, and Emergency Rooms and physicians around the country see patients who have been harmed or hurt themselves during a manic episode. Criminal behavior can also be a problem with an individual who has mania. This mental disorder can destroy your life even if it does not cause death. If you suspect that you or someone you love has mania then immediate treatment should be sought as soon as possible.

How Is Mania Treated?

Mania can be effectively treated, but before treatment can start you need to be properly diagnosed. There are no medical tests that can give a definitive diagnosis, and a medical and mental health history will be taken along with a list of your specific symptoms. Once you have been diagnosed with mania then a treatment can can be created.   Treatment for mania typically includes individual and group counseling, and medications may also be necessary in order to stabilize your mood so that therapy can be effective. During the initial treatment phase hospitalization is often required in order to view and record your specific symptoms, and then determine which treatment methods and medications are appropriate. Valiant Recovery can help you put manic episodes in the past where they belong, and help you move towards a brighter future.