Is A Parent Responsible When Their Drug Use Causes A Child’s Suicide? 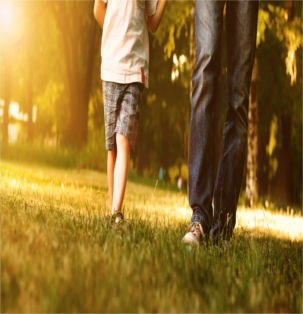 A recent case in Muncie , Indiana, raises some very interesting questions about how the substance abuse of a parent affects a minor child and has many wondering what can be done in these situations. Sabrina A. Howard is a 40 year old woman with a 16 year old son named Charles. Family members of Sabrina admit that the mother is a heroin addict who still uses regularly. These same family members blame Sabrina for the death of Charles for a number of reasons, and police agree. Charles committed suicide after taking drugs that his mother left unsecured, and had previously been recommended for hospitalization by a physician because he was suicidal due to the effects of his mother’s long term substance abuse issues. Charles passed away after taking illegal prescription medications that his mother had.

When Sabrina realized that her stash of drugs was missing she confronted the 16 year old boy. Sabrina says that Charles denied taking the drugs but she suspected at the time that he did, because he was very groggy and seemed like he was drugged. The drugs that went missing included 36 Lortabs and also 30 Xanax, and the police affidavit states “Sabrina even told Charles that what he consumed could kill him.” The document also states that the officers noticed what they believed were fresh needle marks on her left wrist and hand area and that relatives related to officers that Sabrina was still using drugs. Even though Sabrina suspected that her son took a fatal dose of prescription drugs she did not seek medical assistance for the boy until more than 8 hours later, when Charles was gray and was no longer breathing. Relatives believe that Charles could no longer cope with the fear and distress of the substance abuse problem that Sabrina had and was terrified of finding his mom dead of an overdose so he took his own life. Whether or not the law can make the creative charges stick remains to be seen. What is clear is that Sabrina’s drug use cost her son his life, and her failure to provide proper care or to get medical attention when she suspected her son was using dangerous drugs should be a criminal matter.

The Real Facts About Marijuana Not Revealed With Legalization Efforts
Binge Drinking Can Cause Alcoholism According to New Study With Mice
Drug OD Kills Eva Rausing, Husband Keeps Body For Two Months Before Discovery