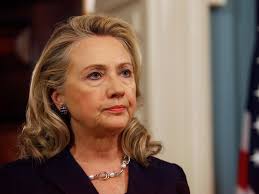 Presidential candidate Hillary Clinton has unveiled a plan to deal with the epidemic of substance abuse in the USA and North America, but can she actually pull it off? The plan has a many pronged approach, and this is necessary because drug and alcohol abuse does not have a one size fits all solution. When Hillary Clinton was First Lady and Bill Clinton was president he signed a bill into law that called for longer criminal sentences for those who had previous drug crimes on their record, a move that he now believes was a mistake that just made the problem worse instead of resolving the issue. As a contender for the presidency Hillary has promised to commit $10 billion over the next decade in order to end the quiet epidemic of substance abuse in the USA.

The attitude towards substance abuse and addiction have changed, and almost every North American either has a problem with substance abuse or they know someone with this type of problem. Alcohol and drug abuse are no longer faceless issues that happen to someone else, they have become real and tangible obstacles to a normal life for many people. Medications are available to treat heroin addiction, and changes under the Obamacare law mean that health insurance companies must provide some substance abuse treatment benefits for those enrolled in the health plans. Now that Hillary Clinton has unveiled her plan to address substance abuse in the USA and North America hopefully the other presidential candidates will also do something to address the problem as well.