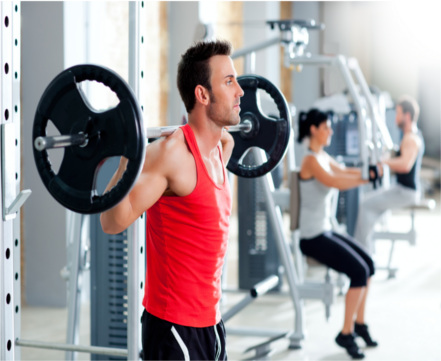 Managing adult ADHD symptoms could be done with even a small amount of exercise according to researchers at the University of Georgia. The study determined that even a single round of exercise has many adult psychological benefits. Some common symptoms of adult ADHD include motivation that is suppressed, anxiety, a low level of energy, and depression. All of these symptoms can cause problems in work or school performance. According to healthcare providers roughly 6% of Adults in the USA report symptoms that could indicate adult ADHD. The study data and findings can be found in the medical journal Medicine and Science in Sports and Exercise. The researchers found that following exercise the participants had more motivation to tackle tasks, they experienced more energy and less fatigue, and they had less confusion.

University of Georgia College of Education’s kinesiology department professor Patrick O’Connor, the senior author of the study on adult ADHD symptom management and exercise, concluded that “Exercise is already known as a stress reducer and mood booster, so it really has the potential to help those suffering with ADHD symptoms. And while prescription drugs can be used to treat these symptoms, there’s an increased risk of abuse or dependence and negative side effects. Those risks don’t exist with exercise.” University of Georgia doctoral student and co-author of the study Kathryn Fritz explained “The reduced feelings of confusion and increased motivation to perform a cognitive task suggest that other types of acute exercise also may benefit cognitive performance. We speculate that a different mode or duration or intensity of exercise, other than a boring cycle ride in a sterile lab, may show larger cognitive effects for those suffering from ADHD symptoms.”

5 Big Risk Factors For Substance Abuse!
Baby Soaps Can Cause False Positive For Marijuana In Hospitals Across The USA
Dopamine Release Reduction Seen With Heavy Marijuana Use in Recent Research Study