Babies With Neonatal Abstinence Syndrome, Caused By Opioid Addiction In The Womb, Face Higher Risk of Hospitalization During First Month 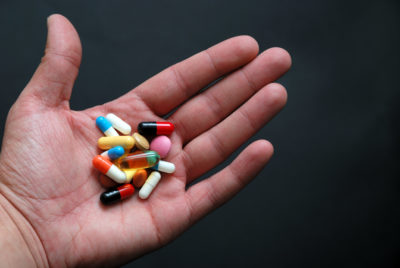 A recent study undertaken by Vanderbilt University researchers shows that babies who have neonatal abstinence syndrome have a risk of being readmitted to the hospital within the first month that is 2.5 times higher than healthy babies during the same period. This condition is caused by an opioid addiction and it occurs when the mother is taking this type of narcotic pain medication during pregnancy. The fetus develops an addiction to the drug while in the womb, and once the baby is born the infant can suffer from withdrawal symptoms which can be very painful and even dangerous. Infants who suffer from NAS tend to have respiratory problems, they generally weigh less at birth, they often have difficulty feeding, they can have seizures, and they usually show signs of great distress.

The lead investigator for the study on neonatal abstinence syndrome and opioid addiction in newborns and young infants was Pediatrics and Health Policy in the Division of Neonatology at Monroe Carell Jr. Children’s Hospital at Vanderbilt assistant professor Stephen Patrick, M.D., MPH, MS. Patrick explained that “The recent rise of neonatal abstinence syndrome led to efforts in many hospital systems to improve hospital care being delivered to infants with the syndrome. Our findings suggest that these improvements need to extend beyond the initial birth hospitalization to ensure a safe discharge home. As state and federal policymakers work towards strategies to improve outcomes for women with substance use disorder and their infants, it will be important to ensure that families are supported during the critical transition from hospital to home to limit the risk of hospital readmission. The findings of our study suggest that some families may benefit from additional post-discharge resources.”

4 Effective Ways to Prevent Substance Abuse During the Holidays
Is There a Lack of Addiction Help and Substance Abuse Treatment Options?
U. S. Heroin Abuse Levels Off But Heroin Use Rates and Overdose Risks Still High