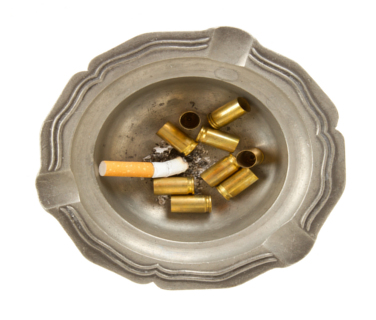 A recent study on smokers and exposure to graphic photos on packs of cigarettes has shown that these photos may boost the rate of quitting. Researchers discovered that when smokers were exposed to packs with the graphic photos for an average of four weeks they tended to have feelings about this habit and cigarettes in general which were more negative than those who were exposed to packs that only contained text warnings. According to Ohio State University researchers the pictures that the packs contained caused the smokers to pay more attention and to place more credence in these warnings than they did when the only warning was in text form. Ohio State University psychology professor and co-author of the published study Ellen Peters explained that “The graphic images motivated smokers to think more deeply about their habit and the risks associated with smoking.”

Graphic photos on warning labels for cigarettes was legally mandated in 2009 for the USA, but a federal appeals court later invalidated this law by concluding that the required graphic photos on the labels were “unabashed attempts to evoke emotion … and browbeat consumers into quitting.” The study shows otherwise according to Peters, who responded by stating “Smokers weren’t browbeaten by the images. The images definitely did stir their emotions, but those emotions led them to think more carefully about the risks of smoking and how those risks affected them. What the court is missing is that without emotions, we can’t make decisions. We require having feelings about information we collect in order to feel motivated to act. These graphic warnings helped people to think more carefully about the risks and to consider them more.”

Youths who Were Incarcerated in the Past at High Risk for Substance Use Disorders According to Resea...
How Can You Help if a Loved One has an Addiction to Designer Drugs?
Dealing with Alcohol Addiction During the Year End Holidays