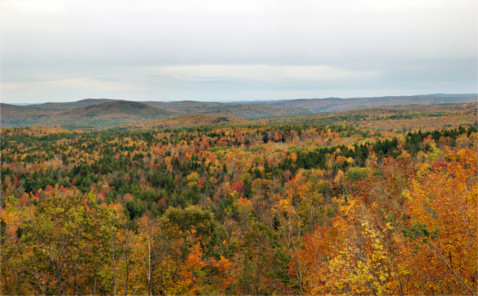 Montpelier is the capital city of Vermont and this state has around 625,000 residents who live here. Vermont is one of the smaller states in the USA but this state still has big problems with substance abuse and related crime. In this state an estimated 300 people are addicted to heroin and need treatment. More than 30,000 state residents admit some type of marijuana use, and over 13,000 individuals in the state abuse prescription drugs of some type. Cocaine users number around 5,000 in Vermont, and there are a small number of individuals who abuse club drugs including ecstasy. The drug most commonly used in this state is marijuana.

There are approximately 2,000 individuals incarcerated in prison in the state of Vermont, and thousands more on some form of probation or court oversight. Every year an average of 40 individuals in Vermont will die due to some form of illegal drug, and there will be around 3,800 arrests for possession or other drug offenses. Another 175 Vermont residents will die each year due to alcohol use and related factors, and police will arrest 2,900 individuals for DUI. One of the most devastating drugs in this state is heroin, and this drug is a big concern for local law enforcement. Heroin is smuggled into the state from surrounding areas and has devastated communities in the state.

In Vermont cocaine is another drug that is frequently found. This drug is available in both powdered form and as crack cocaine, but crack is more widespread in larger cities and populated areas. Heroin is also widely available, and many users start to sell this drug on the street to pay for their own drug habit rather than to make money. Marijuana is cultivated in Vermont and also smuggled into the state from Canada. Vermont does have a medical marijuana law that covers certain debilitating medical conditions but most of this drug is used illegally.

In Vermont marijuana possession without the allowable medical condition can carry a range of sentences depending on the individual circumstances and amount of the drug. Possessing up to 2 ounces of marijuana is a misdemeanor and can result in 6 months in jail and a fine of $500 for a 1st offense. A 2nd possession offense can mean 2 years in prison and a $2,000 fine. Possession of more than 2 ounces of marijuana is a felony, regardless of which offense the charge is. Marijuana sales over half an ounce are a felony in Vermont, and so is any cultivation of this drug.