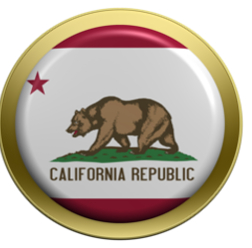 With a population of more than 36 million individuals California is one of the largest and most populated states in the USA. Sacramento is the capital of this state, but many drugs are trafficked into California from Mexico through San Diego and the surrounding areas. More than 85% of the crimes committed in the state of California are for nonviolent crimes including drug offenses that do not involve violence. There is an average of over 600 drug arrests each day in the state, and more than 450 individuals are arrested for DUI on a daily basis. In a typical month more than 900 people will die from alcohol related events and more than 150 will die from an overdose due to drug use.

In California drug offenses have caused the prison and probation populations to rise. There are more than 166,000 individuals incarcerated in one of the prisons in California, and almost 385,000 individuals and residents who are on probation. The most common drugs found depends on which area of California is examined. Heroin, marijuana, cocaine in both powdered and crack form, methamphetamine, and prescription drugs are all big issues in many areas across the state. Club drugs including LSD and ecstasy are also common, especially in larger cities.

Marijuana is widely available across the entire state of California, and there are two ways that this drug is supplied. Mexican drug cartels transport marijuana across the border with California, and then the drug is transported across the state and country. Marijuana is also locally grown and cultivated, especially in the northern areas. Prescription drugs are available on the black market in large quantities, and Oxycontin has become a common problem. Many smugglers visit pharmacies in Mexico where no prescription is required, and then transport these narcotic medications across the border to be sold on the street.

In California any possession of marijuana carries penalties. If the amount possessed is less than 28.5 grams of the drug then the offense is a misdemeanor, with a fine of $100 assessed. Cultivating marijuana is viewed differently and this offense is a felony charge, with a possible penalty of between 16 and 36 months in jail or prison. The sale of marijuana in California is also a felony crime, with a possible sentence of 2-4 years in prison. If marijuana is sold to a minor in California the penalties are stiffer, from 3-5 years in prison instead of the 2-4 years. Minors under 21 years of age who are convicted of any marijuana crime including possession can face a license revocation which can last for 1 year.