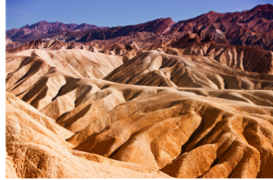 Arizona is a state located in the southwest USA, with a population of approximately 5,940,000 residents. Phoenix is the capital city of this state, and Arizona is a border state with Mexico which makes it a popular choice for drug trafficking from Mexico to the USA by the drug cartels. A crime rate that is close to 30% higher than the national average crime rate is due in a large part by the drug issues in the state. More than 32,000 prisoners are incarcerated in the Arizona prisons, and close to 70.000 residents of the state are on probation for some reason.

Cocaine, marijuana, heroin, methamphetamine, and prescription narcotic pain medications including hydrocodone and oxycodone are the main drugs abused in Arizona. Most of these drugs except the prescription drugs are brought into Arizona through the Mexican border, and police in Arizona make an average of 100 arrests each day for drug possession or other drug crimes. Arizona is one of the states that have laws against drugged driving as well as laws against drunk driving, and around 80 individuals will be arrested for driving under the influence of some substance every day. Between illegal drugs and alcohol around 170 people will die in the state of Arizona each month, with roughly 30 of these deaths caused by illegal drugs and the remainder by alcohol.

Anyone caught possessing marijuana in a quantity that is less than 2 pounds in Arizona may be charged with a misdemeanor, but in some cases this can result in a felony charge instead. The final charges applied will depend on the specific circumstances. A misdemeanor possession charge in Arizona means up to 6 months in jail and a fine of up to $750. A felony possession of marijuana charge can mean 1 and ½ years in prison and fines up to $150,000. Anyone arrested for selling marijuana faces a felony that can result in a sentence of between 2 and ½ years up to 7 years in prison as well as a fine up to $150,000.

Many residents in Arizona face drug and alcohol related offenses, and treatment is limited in many areas due to the high demand. Crack cocaine is widely available in many areas, including large cities like Tucson and Phoenix, and heroin is found in both black tar and brown powder varieties. Club drugs are also a big problem in many areas of the state, and the most widely used drugs of this type include GHB, ecstasy, special K or ketamine, LSD, and even nitrous oxide.